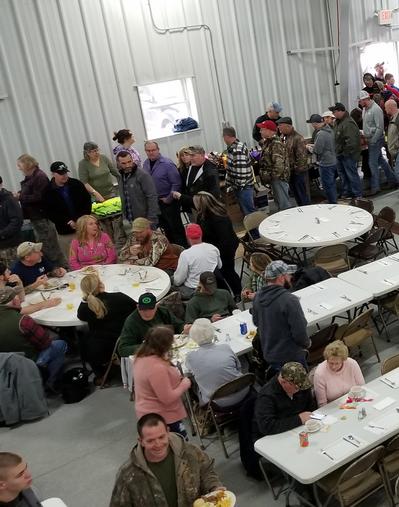 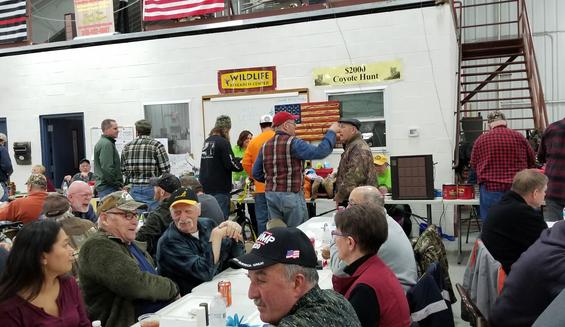 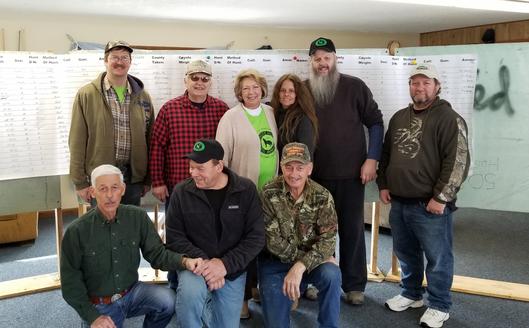 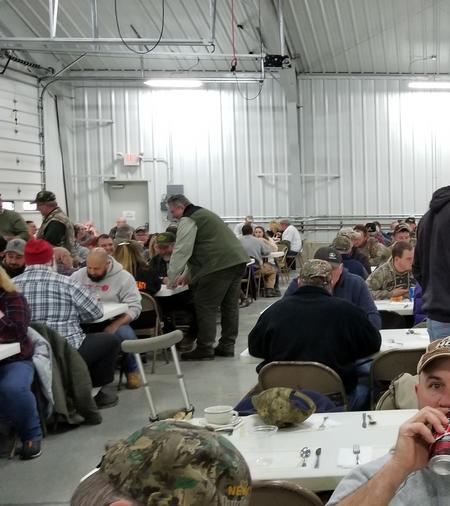 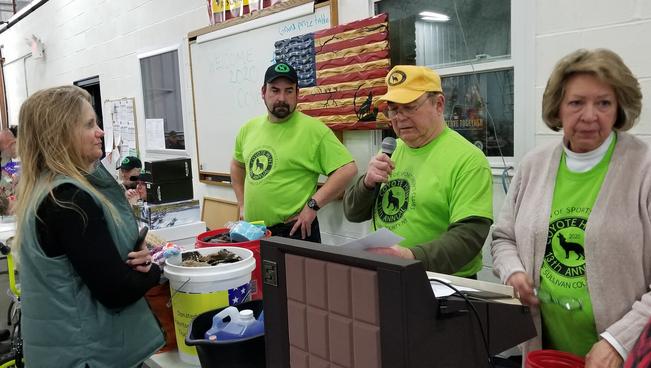 The Federation of Sportsmen’s Clubs of Sullivan County, NY held their 13th Annual statewide 3-day Coyote Contest on February 7, 8 & 9, 2020.  636 hunters participated in the contest including 31 female hunters and 9 youth hunters.  A new record take of 118-coyotes were brought in, breaking the previous 2017 total of 85 coyotes.  22 coyotes were brought in on Friday, 45 on Saturday & 51 on Sunday.

Second place honors went to Keith Mitchell Jr. from Ellenville hunting in Ulster County, took a 49.45 lb. female coyote using a call & a .308 rifle.    Keith earned a check for $700, $500 for second place and $200 for the heaviest coyote taken on Saturday.

Taking the third heaviest coyote was Codie Nichols of Otego hunting in Otsego county took a 49.15 lb. male coyote hunting with the use of dogs and using a .204 rifle. Cody earned a check for $410 that includes 3rd place $250 & $160 for two coyotes.

Dan Baker from Oneonta hunting in Otsego County brought in the heaviest coyote on Friday, a 46.10 lb. male.  He earned a check for $200.

Keith Mitchell had he heaviest 49.45 lb. on Saturday and Ken Vanderpyle had the heaviest on Sunday.

The youth division was won by Lane Hartwell of Phoenicia hunting in Ulster County took a 29.25 lb. coyote using a call and a 17 HMR rifle.  Lane received a  $100 for winning the youth division, a $100 gift certificate donated by Fur, Fin & Feather Sport Shop in Livingston Manor and $80 for his coyote.  He earned a check for $280.

The female division was won by Billie West of Elizaville¸NY hunting  in Columbia County, she took a 45.35 lb. male coyote and earned $100 plus a $100 from Fur, Fin & Feather Sport Shop in Livingston Manor, a $500 cash prize from the Roscoe Brewing Company and for bringing in six coyotes $80 for each.  She earned a check for $1,180.

Please support the people, businesses and companies mentioned above because they support us sportsmen!

MORE STATS FROM THE 2020 COYOTE CONTEST!

Some more stats of the 3-day statewide coyote contest held on February 7, 8 & 9, 2020.  A new record take of 118 coyotes were brought in, 22 on Friday, 45 on Saturday & 51 on Sunday.  Three (3) coyotes were disqualified because they failed the required body temperature.  60 female & 58 male coyotes were taken.  50 coyotes were taken during daylight hours and 68 were taken in the dark.

There were 108 coyotes taken from New York State and 10 coyotes from Pennsylvania.  The payouts this year in coyotes and prize monies was $12,750.  Total coyotes taken during the 13-years of the Federation’s contests is 836.

Sorry to report there was a miscalculation by the Weigh-in Committee determining the youth winner, 15-year old Ben Prentice of Pine Plains, NY hunting in Dutchess County is the youth winner.  Ben took a 41.10 lb. male coyote.

I also want to thank Liberty Agway for their generous donation to the coyote banquet.

The Federation of Sportsmen’s Clubs of Sullivan County, NY & I would like to thank everyone who participated and all who supported this year’s coyote contest for making it a huge success.  We are already preparing and looking forward to next year’s contest.